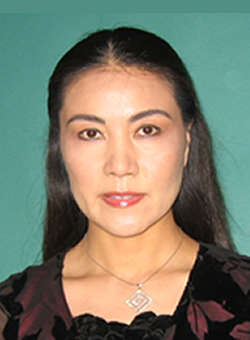 Biography: Dr. Mingxia LI (Mona) first worked as a chemical engineer in an organic chemical plant in Xi’an for over a decade, during which she studied Chemical Technology & Management at Beijing University of Chemical Technology.
Along with the closing-down of most state-owned enterprises across China in the mid-1990s, she had to change her career, then becoming a journalist at Shaanxi Economic Radio Station and Xi’an Television Station, respectively. At the start of the new millennium, she completed her MA in Media Studies at Southampton Solent University, Great Britain; there on 26 October 2016, Mona passed her PhD viva in Film Studies at University of the West of Scotland.

Abstract: The prevailing Maoist ideology perceived the property-owning class – such as Lao Pu’s family in Li’s Blush (1994) as capitalist and HUANG Shi-ren in The White-Haired Girl (1950), a socialist classic film, a “tyrannical landowner” – as the “exploiting class” of the “old society”, who oppressed and exploited the peasants and workers who have no means of production on their own. Consequently, the “exploiting class” was marginalised, or had no place, in the newly founded PR China. In the socialist period from the 1950s to the 1970s, the private ownership did not existed, being outlawed by the Communist authorities. In the 1980s, China under DENG Xiao-ping’s “Opening Door policy and Economic Reform programme” began to privatise the previously nationalised work units, and has moved towards intensifying capitalist mode of production since the 1990s onwards. Continuously emerging forms of private entrepreneurial enterprises that Mao’s China repressed have mushroomed across China, as a result of the transformation of another Communist policy. This unprecedented political and economic transformation in the short history of Communist China has altered China’s cultural landscape as reflected in Li’s visual (re)interpretation of the newly emerging entrepreneual class, or even the “red capitalists”, through Tangerines Turn Red.
This paper asks the following questions:
1. How does Li Shao-hong portray a successful 1920s Chinese entrepreneur with 3 wives – 2 with bound-feet – and his family?
2. How does the director depict both sexes that are different from those of socialist cinema?
3. What is the significance of this television production in which Li has not only made a commentary of the status quo but also touched on sensitive issues in contemporary China? 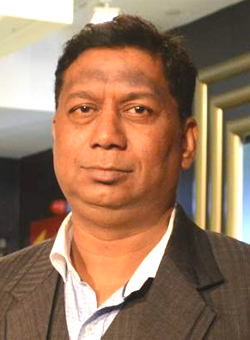 Biography: Being stood first since the beginning of his academic career, Dr. Pravesh Kumar Srivastava did graduation and post graduation from Allahabad university. Then he qualified NET-JRF in his first attempt. He has done his Ph.D with fellowship granted by UGC. In 1995, he was selected as lecturer by U.P higher education commission, joined the TD post graduate college, Jaunpur. In 2005, he was selected as Reader in BHU, Varanasi. He has worked as Associate professor since 2008 in the department of AIHC & Archaeology, BHU,Varanasi. Now he is Professor in the same Dept. from 2011. Dr.Srivastava has several books to his credit and many Research papers including national and international. He presented some papers in foreign countries also. He has done a project on “Science and Technology in ancient India” sponsored by University Grants Commission. He looks after the responsibility of Chief Editor of ISSN having journal “Sanskriti Sanchai”. Dr. Srivastava is a member of many academic and administrative bodies and associations. Five Ph.D theses awarded & one submitted under supervision of Dr. Srivastava. Dr. Srivastava participated in many administrative and academic committees of BHU also. He was also the member of Anti Ragging Squad of the University. He was head of the department of AIHC & Archaeology.

Topic: The Silk Route: Trade and Cultural Interaction for India and China

Abstract: Central Asia under the Kushanas in 1st century A.D. witnessed an unprecedented prosperity due to many factors-unification of Central Asian agricultural regions under one authority, i.e. the Kushanas, political stability for long periods, development of agriculture with crop irrigation and handicrafts and intensive expansion of trade relations with India, China and the Near East in the wake opening of the relations with India, China and the Near East in the wake of the opening of the Silk Route. Trade, internal and international, and economic relations in Central Asia gave greater importance to silk route in which trade route played significant role.
The Kushan Empire witnessed an unprecedented growth and expansion of both internal and external trade and commerce. Factors responsible for this phenomenon were the consolidation and stability of international empire of the Kushans, expansion and development of agrarian economy, excellent growth of handicraft production, development of internal and external trade routes particularly the silk route –the trans-Asian caravan route:- with its branches connecting China Asia, and India with the Mediterranean countries – specially Rome and extensive monetary system. Archeological finds from ancient sites of Central Asia provide definite testimony to increased internal trade of Central Asia with its provinces. Trade included both items of handicrafts and agriculture as well as goods of consumer and luxury notices. Consumer goods included cereals, fruits, textiles within the country – Chorasmia, Marginia, Samarkand, Bukhara and Chach. The Silk Route which played significant role in international trade in the Kushan period began at Ch’ang-an (Capital of then China), ran westward along the edge of the Gobi desert passed through Lan-Chou and Tun-Huang. At Tum-Huang it divided into two – Northern and Southern. The northern route from Tun-Huang went to Turfan, erasing the Sanddunas of the white Dragon Salt-desert, from Turfan to Aksu, Kashgar to Fergana via Samarkand and on to Antioch in Margiana. The Southern route from Tun-Huang went to Khotan and Yarkand, to Bactaria and then to Zariaspa and Antioch in Maragiana where the two routes joined. From Marginia the silk route went to Hecatompylos (ancient capital of Parthia) and thence to Media, Ecbatna and Mesopotomia and across the Euptrates to ancient parts on the eastern coast of the Mediterranean Sea. Thus the silk route joined China with Rome through Central Asia and India and the Far East for trade and cultural interaction.